After watching Ubalbo Jimenez give up 9 hits in 4.2 innings, Cleveland Indians’ GM Chris Antonetti said, “Oops.” After watching another Matt LaPorta fielding adventure, manager Manny Acta said, “I think that kid is slightly retarded.” After watching LaPorta run back to second on a hit, Acta said, “Yep, he is touched.” After watching the Indians load the bases in the thirteenth with one out, but fail to score with Choo and Cabrera at the plate, Ubaldo Jimenez said, “This one is not on me.” 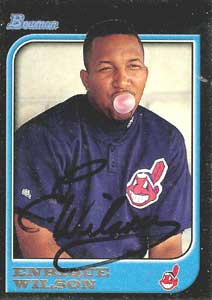 In other news, Jason Kipnis morphed into the fragile Enrique Wilson, sitting out another game because of soreness.